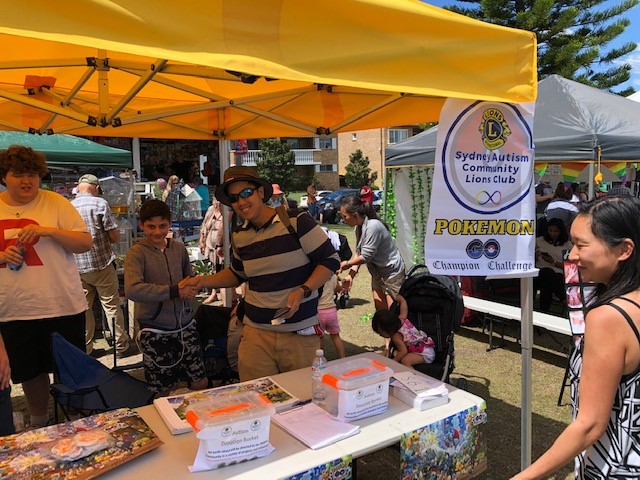 With the continuing support of Niantic Labs by providing 2nd and 3rd anniversary posters and stickers, the Sydney Autism Community Lions Club conducted another successful fundraising event. The SACLC Pokemon Go Champion Challenge took place during the Oatley Lions Spring Festival at the Oatley Memorial Park on Saturday, October 19, 2019 from 9 AM till 3 PM.

The champion who represented SACLC was Pokemon Go player P1A5MA who came second place during the Pokemon Go Tournament back at the Lugarno Lions Spring Festival last month. You can read more about the tournament here. P1A5MA spent the whole day at the club’s stall and was challenged by over a dozen players.

Out of all the battles played, Champion P1A5MA was defeated only once in an official challenge. Just like our previous event, we had many players hang out at our stall to discuss various things including the game and offer more unofficial challenges to our champion.

Throughout the day, SACLC distributed more than 300 posters and stickers and were able to raise a healthy amount which will be used in the funding of an upcoming accredited short course for individuals who are on the spectrum, in addition to helping in funding early intervention for children with autism. Moreover, plenty of people asked about the club and signed up for the newsletter.

The Sydney Autism Community Lions Club would like to thank Oatley Lions for providing the stall, Niantic for providing continuing support, Champion P1A5MA for all his valiant efforts, the Pokemon Go community in Sydney for participating in the event, and all the guests who passed by our stall or donated to the cause.