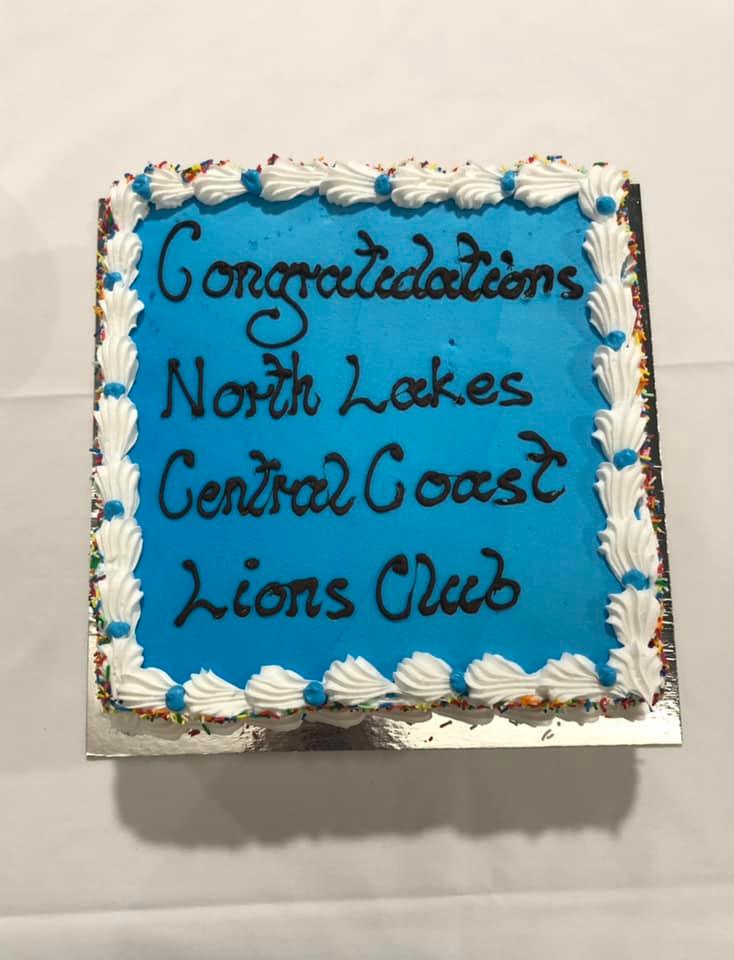 The Autism Lions Movement in Australia continues to spread like wildfire with the addition of the fourth club in the Movement, the Northlakes Central Coast Lions Club!

In keeping with the tradition that started in 2019 with Melbourne Autism’s charter night, followed by North Queensland ASD’s charter night in June this year, SACLC once again sent a representative – our president Tom – to join in on the festivities.

Unlike the previous charter celebrations, which were conducted as evening dinners, Northlakes Central Coast opted to mark the occasion with a morning tea instead, which was held at the Doyalson RSL Club, known affectionately by the locals as the Doylo, which the club has been using as their regular meeting place since receiving their charter in May this year.

Northlakes Central Coast originally planned to hold their charter morning in August. Unfortunately, due to lockdown orders arising from the COVID-19 pandemic, they had no choice but to reschedule the event until it was safe for everyone to meet again in person.

Their spirits were not dampened, however. This charter morning was very well attended, with representatives from all over Lions District 201N3 (including District Governor Glenys Francis), as well as David Harris, member of the New South Wales Legislative Assembly for Wyong, all showing their support.

Then came the main event – the induction of 16 of the 22 charter members. This otherwise unassuming, simple, low-key morning tea would have retained its humility, were it not for the fact that the membership certificates and badges were presented to the new members… by none other than Past International President of Lions Clubs International, Barry Palmer AO. What an honour – it’s not everyday that a new Lion is inducted by a leader of the entire worldwide organisation!

And of course, there was a raffle – it wouldn’t be a Lions charter celebration without one!

Then lunch was served, consisting of sandwiches, pizza and the all-important celebratory Charter Cake for dessert.

Once again it was a honour to have been a part of the birth of the fourth Autism Lions Club as well as to hear about some of their projects they have in progress, including their already wildly-successful Return and Earn can collection initiative, which has already raised over $2500 in much-needed funds for the community, as well as future projects such as a gala ball for autistic high school students and raising funds for Camp Breakaway.

We look forward to working closely together in improving the lives of all autistickind with our service projects – and who knows, maybe we might even someday have a joint picnic in Brooklyn, right on the Sydney-Central Coast frontier, something that Northlakes Treasurer Linda is rather keen on us having 🙂