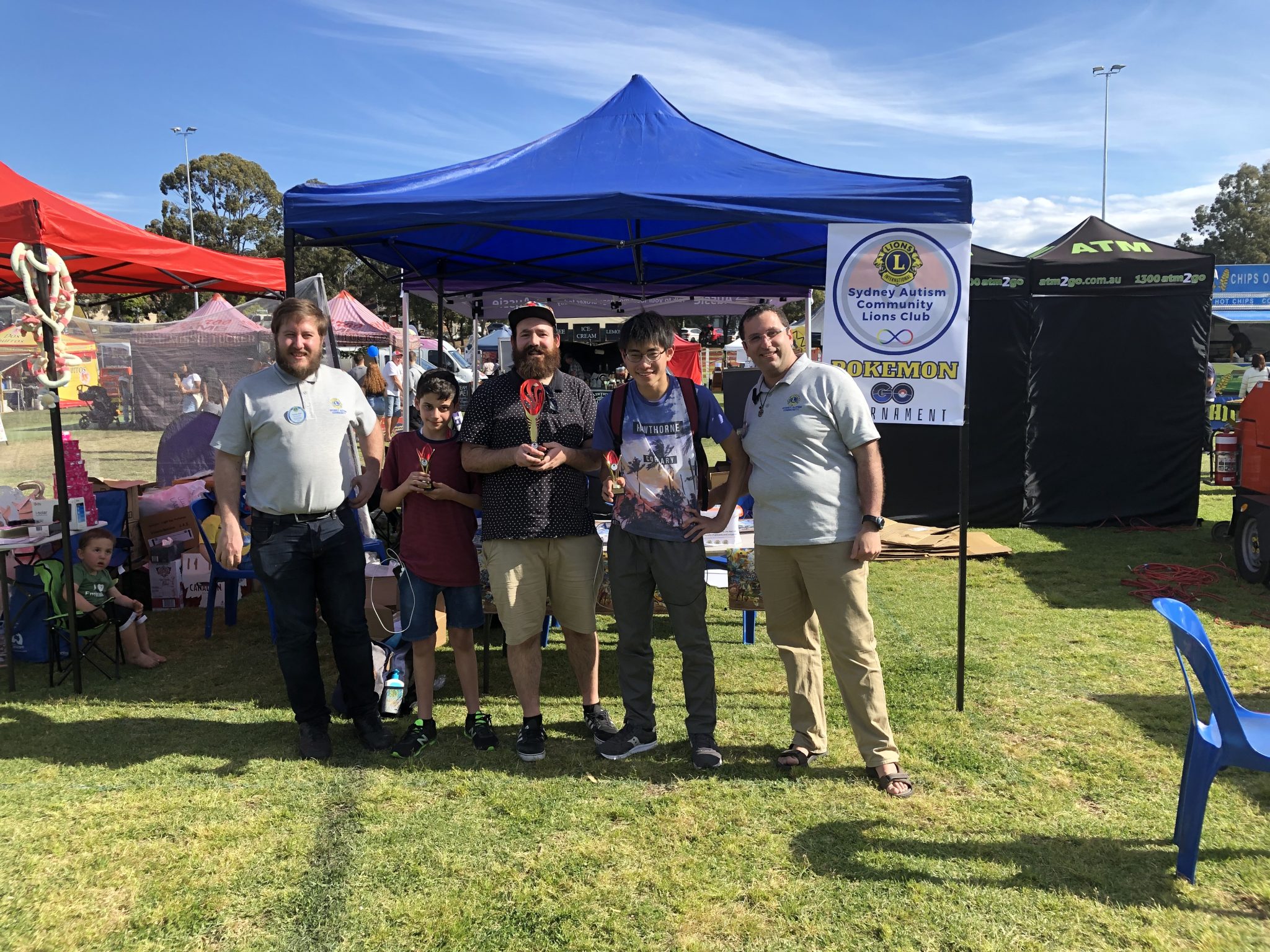 Around 23 years ago, an Autistic individual by the name of Satoshi Tajiri gave the world the gift of Pokémon. On September 15, 2019, Niantic Inc. returned the favour by providing support to the Sydney Autism Community Lions Club Inc. for their Pokemon Go Tournament which was hosted during the Lugarno Lions Spring Festival at Peakhurst Park.

During the event which started at 9 AM, many Pokemon Go players in the area passed by our booth either to grab their Pokemon Go Anniversary posters and stickers or to compete in the tournament to prove that they are the very best. More that fifty battles took place during the day between friendly and championship battles until eventually, player Bojan was awarded the trophy of the SACLC Pokemon Go Champion of 2019, followed by P1A5MA in Second Place and Masanari in 3rd place.

The knockouts part of the event took place between 9 AM and 11 AM, and then players went on to participate in Turtwig Community Day before returning to our booth at 2 PM to compete in the finals. Many players also opted to stay at our booth to socialise and help us in raising funds for autism.

At the end of the day which concluded at 4 PM, the club was able to raise a good amount which will be used to empower people on the spectrum by funding short courses that will enable them to find jobs, amongst other causes. Moreover, many people have shown interest in further supporting the club either by asking to become part of it or by signing up to receive updates about club activities.

The Sydney Autism Community Lions Club would like to thank Niantic Inc. for providing support and exposure for the club; the Pokemon Go Community in Sydney for attending the event, sharing it with their friends and supporting the club; Lugarno Lions for organising the Spring Festival and for providing SACLC with a place to hold the event; and every person who passed by our booth or made a donation to the club.

Sign up to our newsletter to stay updated and to find out about all our upcoming events!